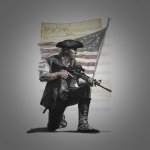 **** MUST WATCH ****
Joe Biden made another one of his famous gaffes – talking to Charlamagne tha God on the Breakfast club.

Joe Biden: “if you have a problem figuring out whether you’re for me or for Trump – you ain’t black”

Antoine Tucker (running against AOC in November) also gives his view on the Democrat party, Obama and Biden.

Joe later apologized for his slip-up – stating:
“I know that the comments have come off like I was taking the African American vote for granted. But nothing could be further [from] the truth,” Biden said. “I’ve never ever done that, and I’ve earned it every time I’ve run. I was making the point that I have never taken the vote for granted. And in fact, I know in order to win the presidency, I need the African American vote. And it was the driving force, as I said, in the beginning of my campaign [a] year ago, to my being able to win in the first place and win the primary. And it is going to be critical to my winning the presidency.”

…which when we ran it thru Google translate means: “I realize I got caught saying if you’re a black person in America – how dare you even think of voting for anyone, but the Democrat candidate, especially NOT Donald Trump. You’re black and blacks always vote Democrat. Why do you even have to think?”

MUST WATCH: What you don’t know about AntiFa (ProFa) the domestic terror group that wants to destroy America.